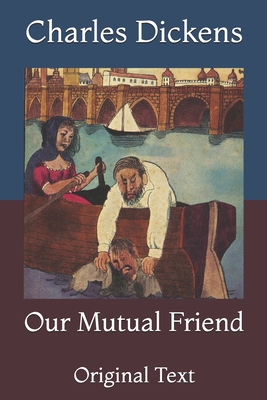 Mr and Mrs Veneering were bran-new people in a bran-new house in a bran-new quarter of London. Everything about the Veneerings was spick and span new. All their furniture was new, all their friends were new, all their servants were new, their plate was new, their carriage was new, their harness was new, their horses were new, their pictures were new, they themselves were new, they were as newly married as was lawfully compatible with their having a bran-new baby, and if they had set up a great-grandfather, he would have come home in matting from the Pantechnicon, without a scratch upon him, French polished to the crown of his head.For, in the Veneering establishment, from the hall-chairs with the new coat of arms, to the grand pianoforte with the new action, and upstairs again to the new fire-escape, all things were in a state of high varnish and polish. And what was observable in the furniture, was observable in the Veneerings-the surface smelt a little too much of the workshop and was a trifle sticky.There was an innocent piece of dinner-furniture that went upon easy castors and was kept over a livery stable-yard in Duke Street, Saint James's, when not in use, to whom the Veneerings were a source of blind confusion. The name of this article was Twemlow. Being first cousin to Lord Snigsworth, he was in frequent requisition, and at many houses might be said to represent the dining-table in its normal state. Mr and Mrs Veneering, for example, arranging a dinner, habitually started with Twemlow, and then put leaves in him, or added guests to him. Sometimes, the table consisted of Twemlow and half a dozen leaves; sometimes, of Twemlow and a dozen leaves; sometimes, Twemlow was pulled out to his utmost extent of twenty leaves. Mr and Mrs Veneering on occasions of ceremony faced each other in the centre of the board, and thus the parallel still held; for, it always happened that the more Twemlow was pulled out, the further he found himself from the center, and nearer to the sideboard at one end of the room, or the window-curtains at the other.