The Flower Boat Girl: A novel based on a true story (Paperback) 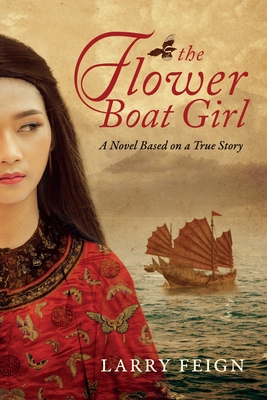 By Larry Feign
$16.99
Available for Pre-Order

Her father traded away her youth.

She has one way to get them back:

Become the most powerful pirate in the world.

South China coast, 1801. Sold as a child to a floating brothel, 26-year-old Yang has finally bought her freedom, only to be kidnapped by a brutal pirate gang and forced to marry their leader.

Dragged through stormy seas and lawless bandit havens, Yang must stay scrappy to survive. She embeds herself in the dark business of piracy, carving out her role against the resistance of powerful pirate leaders and Cheung Po Tsai, her husband's flamboyant male concubine.

As she is caught between bitter rivals fighting for mastery over the pirates-and for her heart-Yang faces a choice between two things she never dreamed might be hers: power or love.

Based on a true story that has never been fully told until now, The Flower Boat Girl is the tale of a woman who, against all odds, shaped history on her own terms.