The Idea of Rome in Late Antiquity: From Eternal City to Imagined Utopia (Hardcover) 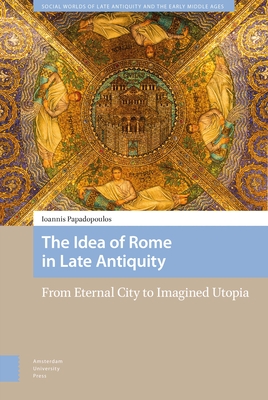 By Ioannis Papadopoulos
Email or call for price

The aim of this book is to approach the manifestation and evolution of the idea of Rome as an expression of Roman patriotism and as an (urban) archetype of utopia in late Roman thought in a period extending from AD 357 to 417. Within this period of about a human lifetime, the concepts of Rome and Romanitas were reshaped and used for various ideological causes. This monograph is unfolding through a selection of sources that represent the patterns and diversity of this ideological process. The theme of Rome as a personified and anthropomorphic figure and as an epitomized notion 'applied' on the urban landscape of the city would become part of the identity of the Romans of Rome highlighting a sense of cultural uniqueness in comparison to the inhabitants of other cities. Towards the end of the chronological limits set in this thesis various versions of Romanitas would emerge indicating new physical and spiritual potentials.

Ioannis Papadopoulos is a post-doctoral researcher at the department of History of the National and Kapodistrian University of Athens, focusing on identity issues in Roman Greece and on traces of anti-Roman discourse in the works of the Second Sophistic.