Devil's Tor: from the author of A Voyage to Arcturus (Paperback) 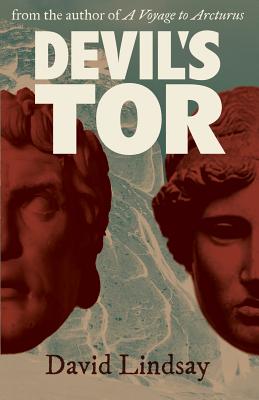 By David Lindsay
Not Available from Us

Ingrid Fleming has always believed a goddess lies buried beneath the forbidding, Devil-headed rock-pile atop Devil's Tor. But when the pile is shattered in a sudden storm, it's her cousin, Hugh Drapier, who enters the newly-revealed tomb.

Drapier has recently arrived from Tibet, where an encounter with the adventurer Henry Saltfleet and the archeologist Stephen Arsinal has left him in possession of a stolen sacred stone, the half of a broken whole, which has the power to induce visions of its arrival on Earth in the early days of primitive humanity.

Arsinal believes the stone to be sacred to the Great Mother, and key to a prophecy that will unite a chosen man and woman, and bring about the birth of a new saviour. He and Saltfleet return to England on Drapier's trail, and arrive in Dartmoor just as the machinery of a thousands-year-long supernatural fate begins its final turn...

A troubled, troubling, ambitious and difficult work that David Lindsay himself called his "monster", Devil's Tor answers the imaginative pyrotechnics of Lindsay's first novel, A Voyage to Arcturus, with a sustained maturity of insight into the intensely-felt and deeply-examined inner lives of its handful of characters, and the fate that has brought them together at the dawn of a new human era.

At times irrecoverably tangled in the attitudes of its day, Devil's Tor nevertheless builds to a transcendent final vision of the ultimate purpose of human life and suffering.