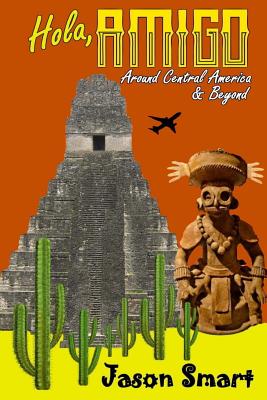 By Jason Smart
Not Available from Us

In his latest fast-paced travelogue, Jason Smart sets out to see the countries of Central America. Flying between coastal cities and colonial capitals, he visits volcanoes, jungles and confusing borders. Along the way, he learns about the rich history of this often volatile region and, at the same time, finds out that instead of street gangs, Central America abounds with friendly people whose only wish is to say hello. In Costa Rica, he sees hummingbirds and poison-arrow frogs. In Honduras, he nods at cowboys armed with machetes and beaming smiles. In El Salvador, he learns about gang violence and gawps in wonder at the most beautiful church in the world. In Guatemala, he stays at a jungle lodge so he can see the Tikal ruins, keeping a wary look out for jaguars as he does so. Central America abounds with sights, sounds and smells. As well as Central America, Jason takes time to visit Santo Domingo, the colonial-rich capital of the Dominican Republic, as well as Montego Bay, Jamaica's rich and vibrant second city. His trip ends in Mexico, where he finds himself surrounded by skulls and postcards of Chichen Itza.Join Jason as he travels through Mexico, Belize, Guatemala, El Salvador, Honduras, Nicaragua, Costa Rica, Jamaica and the Dominican Republic.