Europe by Milk Run: A Solo Travel Experiment from Copenhagen to Barcelona (Paperback) 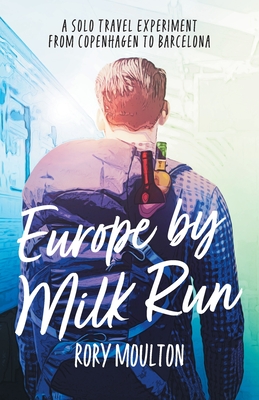 When an acquaintance of author Rory Moulton declares that traveling Europe "isn't real travel," Rory sets out to prove him wrong.

In this hilarious and gripping solo travel memoir, the author rides slow trains, explores off-beat neighborhoods and attractions, eats at restaurants so lost in time he's amazed they know when to open and befriends unforgettable characters, some of whom actually like him. Rory embarks with little more than a backpack, Eurail Pass and a vague notion of which direction he should be traveling. Along the way, he: