Walking Hadrian's Wall: A Memoir of a Father's Suicide (Paperback) 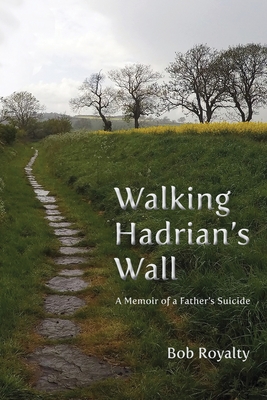 When author and historian Bob Royalty fulfilled his dream to walk the Roman ruins of Hadrian's Wall, across northern England from the North Sea to the Irish Sea, he had no idea what he would find along the trail. But the weight of his father's suicide twenty-five years ago that very week was as heavy as his backpack. While testing himself against the physical strain of the 100-mile adventure, he grappled with the lasting grief of losing a father three months before his own son was born and his own failures in the years since. Why did his father kill himself? As the account of the walk unfolds, Royalty reflects upon his past personal experiences through the lenses of English and Roman history as well as religious and Biblical studies. This introspective travel memoir has much to offer those who seek to explore raw life experiences told with careful reflection and genuine warmth.