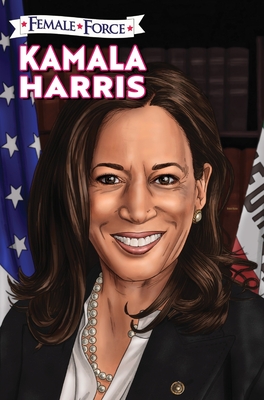 By Michael Frizell, Juan Burgos
$19.99
Available to Order
(Due to distributor limitations, sales of this book are final - it cannot be returned to us.)

Kamala Devi Harris is only the second African-American and first Asian-American Senator from the state of California. A lawyer, prosecutor, and former attorney general, Harris has devoted herself to bettering the lives of her constituents while focusing on social issues that help minorities and women. Full of grit and determination, her no-nonsense approach and bi-racial heritage have made her a popular member of the Democratic party.

The biography comic format allows TidalWave writers to delve into the history of newsworthy figures and explore what shaped them. Several media outlets, including CNN, FOX News, "The Today Show" and Time and People magazines, have featured the company's line of biographical comic books.