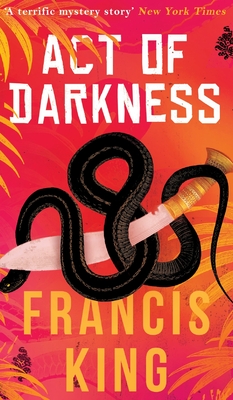 By Francis King
Not Available from Us

The scene is 1930s India during the waning days of British colonization. The Thompsons, a prosperous and respectable English family, are enjoying a summer at their beautiful villa when a brutal murder is committed that will tear the family apart. But what seems at first to be an act of terrorism against British rule will turn out to be something much more sinister. After a series of surprising twists and turns, the truth behind the abominable crime will at last be revealed, an explanation far more shocking than anyone could have ever imagined ...

One of the most distinguished English novelists of the 20th century, Francis King (1923-2011) wrote fifty books over a sixty-five year career. Act of Darkness (1983) was the author's best-selling and most universally acclaimed work, a remarkable achievement that is both a beautifully written literary novel and a gripping, page-turning thriller that is almost impossible to put down.

'A terrific mystery . . . Unfolds like an evil blossom, each layer of petals curling down to reveal another layer of ambiguity and menace' - New York Times

'Dark, lurid and shattering . . . he is a master novelist' - Melvyn Bragg