Why I Am a Hindu (Hardcover) 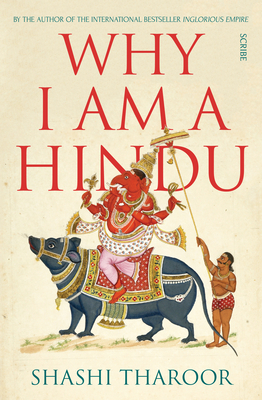 A revelatory and original contribution to our understanding of the role of religion in society and politics.

India's leading public intellectual, Shashi Tharoor, lays out Hinduism's origins and its key philosophical concepts, major texts and everyday Hindu beliefs and practices, from worship to pilgrimage to caste. He is unsparing in his criticism of extremism and unequivocal in his belief that what makes India a distinctive nation with a unique culture will be imperiled if Hindu "fundamentalists"--the proponents of "Hindutva, or politicized Hinduism--seize the high ground. In his view, it is precisely because Hindus form the majority that India has survived as a plural, secular democracy.

A book that will be read and debated now and in the future, Why I Am a Hindu, written in Tharoor's captivating prose, is a profound re-examination of Hinduism, one of the world's oldest and greatest religious traditions.