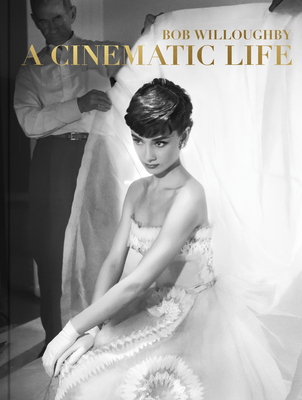 This comprehensive large-format monograph on renowned photographer Bob Willoughby's extraordinary, cinematic life is a tribute to his remarkable career. From the 1950s through the 1970s, Willoughby photographed many of the most significant stars of the era in film and jazz. Hired as the first "outside" photographer by the major movie studios, Willoughby captured the most recognizable icons of the time period in rare, candid moments. This definitive tome includes over 300 black-and-white and color images of renowned legends such as Audrey Hepburn, Marilyn Monroe, Jean Seberg, Elizabeth Taylor, Elvis Presley, Natalie Wood, Frank Sinatra, Cary Grant, James Dean, and many more. Additionally, many first person, insider anecdotes by Bob Willoughby himself accompany his signature images on set of beloved classics such as Rebel Without A Cause, My Fair Lady, Rosemary's Baby, and The Graduate, to name just a few.

Bob Willoughby, (1927-2009) whose photographs transformed the images of Hollywood's biggest stars, was a true pioneer of 20th century photography. Hired by the major film studios, he was an essential link between the filmmakers and major magazines of the time, such as Life and Look.

“With more than 200 photos, A Cinematic Life offers all kinds of creator-class cool, from Sinatra and McQueen to Hepburn, or Hitchcock and Billie Holiday (who once invited the photographer back to her apartment for tea). What lifts the book to the next level are the intimate, behind-the-scenes quotes from the late photographer that accompany most of the images.” —Esquire