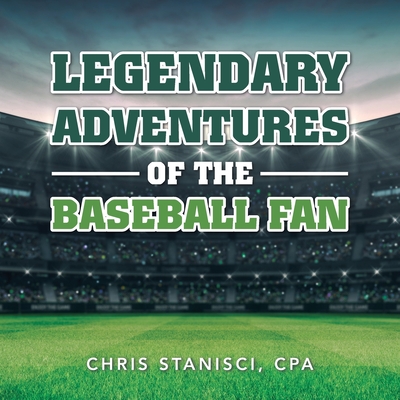 By Chris Stanisci Cpa
Not Available from Us

CHRIS STANISCI Born May 8, 1975 at NYU Hospital in Manhattan, New York. Attended elementary school in Laurel Hollow, New York and middle and high school at Cold Spring Harbor High School from 7th thru 11th grade. Spent senior year and graduated from Hicksville High School in New York. After High School attended two semesters at Nassau Community College in New York. Moved to Raleigh North Carolina for a short period of time before moving to Cape Coral, Florida. While in Cape Coral I attended what was then Edison Community College. Upon graduating with an associate's degree determined to go to the University of South Florida in pursuit of a degree in accounting completed my bachelor's and masters of accountancy at the University of South Florida. While in Tampa, I also was a member of the Beta Alpha Psi accounting fraternity and a member of Big Brother and Big Sisters of Tampa Bay as a volunteer. After completing my degree I went to work for the State of Florida and held office with the State in various locations, Tallahassee, back to Tampa, and Marianna, Florida. While in Tallahassee, I took and passed all 4 parts of the last written CPA examination on the first attempt. I also met my wife Michelle in Tallahassee where we were married on March 17, 2007 at Dorothy B. Oven Park. We lived in Tallahassee together for 2 years before I transferred my job to Tampa. While in Tampa my wife gave birth to a micro preemie on April 18, 2011 and we named her Christa. We lived in Tampa until June of 2014 before we relocated closer to my wife's parents in Graceville. I held a position with the State of Florida at an office in Marianna, Florida. In June 2019 we purchased our first home in Chipley, Florida and Christa is now a beautiful eight year old girl. As a precursor, here is a list of all the major league stadiums visited prior to 2019: 1) Fenway Park, Boston Massachusetts 2) Dodgers Stadium, Los Angeles California 3) Oriole Park at Camden Yards, Baltimore Maryland 4) Nationals Park, Washington D.C. 5) Shea Stadium, Flushing New York 6) Qualcomm Stadium, San Diego California 7) Turner Field, Atlanta Georgia 8) Hard Rock Stadium, Miami Gardens Florida 9) Former Yankee Stadium, Bronx New York.