The Travels of Ibn Battúta: Explorations of the Middle East, Asia, Africa, China and India from 1325 to 1354, An Autobiography (Paperback) 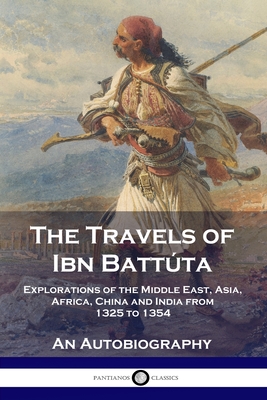 Ibn Batt ta was a geographer and traveller who spent decades roaming distant lands; these are his journeys, translated to English by celebrated scholar H.A.R. Gibb.

Travelling in the 14th century, Ibn Batt ta details a variety of world cultures and regions. Originally born in Morocco, the author traversed the Middle East, Spain, Africa, and vast swathes of Asia including India, Southeast Asia and China. In doing so, he met several local rulers, to whom he described his quest to explore and record his sights.

Some of his hosts were generous, others not so, and a few even sought to betroth Batt ta. At times in danger from bandits or militaries, at times marveling at the ancient cities and cultural majesties of nations, Ibn Batt ta was an adventurer and writer of supreme capacity. Darker themes however also emerge; the shocking toll of the Black Death in 1347 - 1351 is related in somber detail.

Modern scholars, while acknowledging Ibn Batt ta's contribution to understandings of Medieval cultures, consider some of his journeys to be exaggerated or fabricated. The differences in tone between parts of the text - at times intimately anecdotal, at times brief, detached or scholarly - are cited in support of these ideas. Despite the doubts surrounding his journeys, Batt ta remains a source cited by historians and a significant figure in history.