Night Trains: The Rise and Fall of the Sleeper (Paperback) 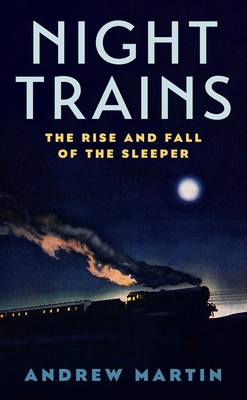 By Andrew Martin
$15.95
Not Available from Us

In Night Trains, Andrew Martin attempts to relive the golden age of the great European sleeper trains by using their modern-day equivalents. This is no simple matter. The night trains have fallen on hard times, and the services are disappearing one by one. But if the Orient Express experience can only be recreated by taking three separate sleepers, the intriguing characters and exotic atmospheres have survived. Whether the backdrop is 3am at a Turkish customs post, the sun rising over the Riviera, or the constant twilight of a Norwegian summer night, Martin rediscovers the pleasures of a continent connected by rail. By tracing the history of the sleeper trains, he reveals much of the recent history of Europe itself. The original sleepers helped break down national barriers and unify the continent. Martin uncovers modern instances of European unity - and otherwise - as he traverses the continent during 'interesting times', with Brexit looming. Against this tumultuous backdrop, he experiences his own smaller dramas, as he fails to find crucial connecting stations, ponders the mystery of the compartment dog, and becomes embroiled in his very own night train whodunit.

Andrew Martin is a journalist and author. His previous books for Profile include Underground, Overground (9781846684784) and Belles and Whistles (9781781252130). He has written for the Evening Standard, Sunday Times, Independent on Sunday, Daily Telegraph and New Statesman. His 'Jim Stringer' series of novels based around railways are published by Faber. His latest novel, The Yellow Diamond, is set in the world of London's super-rich.