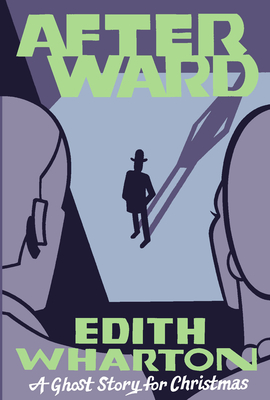 By Edith Wharton, Seth (Illustrator)
$6.95
At the Store Now

A newly rich American couple buy an ancient manor house in England, where they hope to live out their days in solitude. One day, when the couple are gazing out at their grounds, they spy a mysterious stranger. When her husband disappears shortly after this eerie encounter, the wife learns the truth about the legend that haunts the ancient estate.

Edith Wharton was a Pulitzer Prize-winning American novelist, short story writer, and designer. She was nominated for the Nobel Prize in Literature in 1927, 1928 and 1930. Seth is the cartoonist behind the comic book series Palookaville. His comics have appeared in the New York Times Magazine, Best American Comics, and McSweeneys Quarterly. His illustrations have appeared in numerous publications including the cover of the New Yorker. He is also Lemony Snicket's partner for the new Young Readers series, All the Wrong Questions, and has illustrated and designed a new, deluxe edition of Stephen Leacock's Sunshine Sketches of a Little Town. He is the designer for several classic comics reprint series, notably collections of work by Charles Schulz, John Stanley, and Doug Wright.