It's Every Monkey for Themselves: A True Story of Sex, Love and Lies in the Jungle (Paperback) 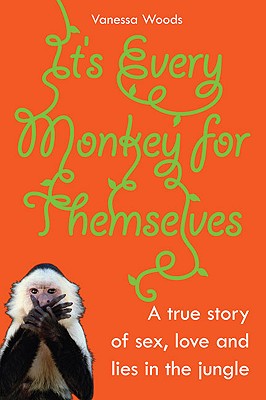 By Vanessa Woods
Not Available from Us

Aiming to put as much distance as she could between herself and a dysfunctional relationship, Vanessa Woods left her "Pleasantville" life in the leafy but safe suburbs of Canberra and headed for the remote, wild, and distinctly unsafe jungles of Costa Rica. She had a research job, a contract with the Disney Channel, and would spend the year working with a small community of dedicated like-minded scientific souls researching the behavior of capuchin monkeys while making a documentary about Costa Rican wildlife. Or so she thought. As it turned out, she didn t get along with her housemates, was stung so often by wasps and killer bees she developed a lethal allergy, and the monkeys were evasive, mean, and aggressivethe only difference between them and her housemates being that at least she could tell her housemates apart. Over the course of a wild and tumultuous year, Vanessa learned that not all monkeysor peopleare alike, that friendship can be more important than sex, and that sometimes it takes a brush with death and an abscess the size of a melon on your head to make you realize that being pretty isn't always enough.

Vanessa Woods is a feature writer for the Discovery Channel andhas written for a large number of publications including "Australian Geographic," "BBC Wildlife," and"New Scientist." She is the author of "It's True: Space Will Turn You into Spaghetti "and "It's True: There Are Bugs in Your Bed.""