The Return of the Soldier (Paperback) 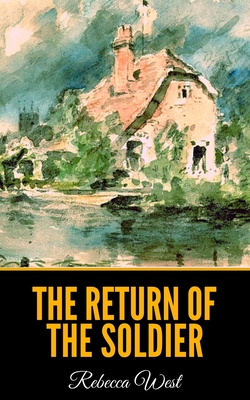 By Rebecca West
$8.95
Available to Order
(Due to distributor limitations, sales of this book are final - it cannot be returned to us.)

That day its beauty was an affront to me, because, like most Englishwomen of my time, I was wishing for the return of a soldier. Disregarding the national interest and everything else except the keen prehensile gesture of our hearts toward him, I wanted to snatch my Cousin Christopher from the wars and seal him in this green pleasantness his wife and I now looked upon. Of late I had had bad dreams about him. By nights I saw Chris running across the brown rottenness of No-Man's-Land, starting back here because he trod upon a hand, not even looking there because of the awfulness of an unburied head, and not till my dream was packed full of horror did I see him pitch forward on his knees as he reached safety, if it was that. For on the war-films I have seen men slip down as softly from the trench-parapet, and none but the grimmer philosophers could say that they had reached safety by their fall. And when I escaped into wakefulness it was only to lie stiff and think of stories I had heard in the boyish voice of the modern subaltern, which rings indomitable, yet has most of its gay notes flattened: "We were all of us in a barn one night, and a shell came along. My pal sang out, 'Help me, old man; I've got no legs ' and I had to answer, 'I can't, old man; I've got no hands '" Well, such are the dreams of Englishwomen to-day. I could not complain, but I wished for the return of our soldier. - Taken from "The Return of the Soldier" written by Rebecca West.