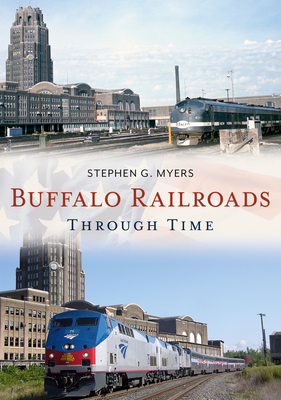 The Buffalo, New York, area has gone through many changes throughout the years. With the Westward movement, Buffalo stood in the path to travel west and to travel north into Canada, making the area a natural transportation hub. From farmlands at the eastern edge of Lake Erie, Buffalo grew to be a mighty industrial city once the Erie Canal was completed and railroads made their way to the area. Commerce moved both east and west on trains while coal and grain transferred from ship to rail, and Buffalo was the center of activity. Factories rapidly built and expanded in the area, requiring natural resources to be transported in while the finished products rolled out. Railroad yards and shops were built to accommodate the business, making Buffalo the second largest railroad hub in the nation as several different railroad companies made their way into the city. Fine stations, luxury passenger trains, and a multitude of railroad companies vied for the booming business that was offered until time changed the scene. Highways, bigger trucks, automobiles, airplanes, and the completion of the St. Lawrence Seaway began to move rail traffic away from Buffalo. Deindustrialization of the region began and the term Rust Belt took hold as the local scene again changed. Through the changes, Buffalo survived and still is a vibrant railroad center. Here is a photographic look at Buffalo Railroads Through Time to see the changing scenes of railroading here in our great city.