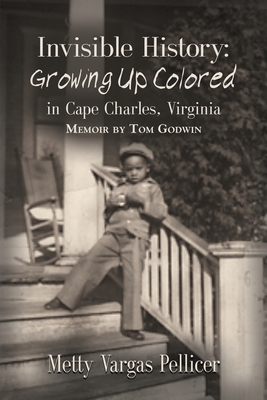 By Godwin Tom, Metty Vargas Pellicer (As Told to)
$19.99
Available to Order
(Due to distributor limitations, sales of this book are final - it cannot be returned to us.)

The book is a memoir about growing up Black in Cape Charles, Virginia on the Eastern Shore of the Chesapeake. It details the origin of the town as a railroad terminus and connecting to ferry barges across the Chesapeake Bay to Norfolk, through its golden age in the Jim Crow South and its decline with the ascendancy of automobiles and the building of the Chesapeake Bay Bridge-Tunnel. Its rise again as a tourist destination in the past decade and how the fortunes of the town is chronicled, without acknowledgment of the role of the Black community, which was a robust and thriving parallel community, that evolved in response to the segregation of the Jim Crow South. Now the town is rising again as a tourist destination and replacing the Black section with White weekend second home owners, and the Black presence has considerably diminished. Without a recording of its history, its entire memory will be gone, as if it was never there at all.

The memoir details the life of one Black man who is the grandson of a slave but became the first elected Black member of the Town Council and the first Black member elected to the Northampton County Board of Supervisors. It addresses Black and White relations and the experience of being Black and how one navigates the Jim Crow racist era. By reading this account of a Black man's life one may develop a better understanding of why we are still experiencing racial injustice and inequality, after legal barriers had been abolished by the passage of the Civil Rights Act in 1964.

Its target audience would be all who are interested, both Blacks and Whites, in learning how they still carry the legacy of slavery in their hearts and how it informs their behavior at present and how by acknowledging their racist beliefs, they can choose to correct them, with actions that help realize the dream of true equality of the races and fulfill the lofty promise of the Revolution: its declaration of the self- evident truth, that all men are created equal, with unalienable rights to Life, Liberty, and the pursuit of Happiness.