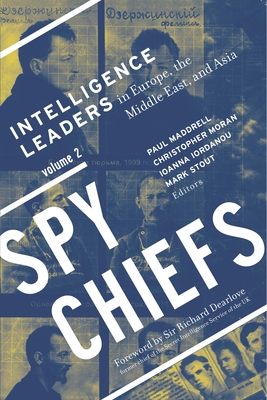 Throughout history and across cultures, the spy chief has been an essential advisor for heads of state and the leader of the state security apparatus. In democracies, the spy chief has become a public figure, and intelligence activities have been largely brought under the rule of law. In authoritarian regimes, the spy chief was and remains a frightening and opaque figure who designs intrigue abroad and fosters repression at home. This second volume of Spy Chiefs provides a close-up look at intelligence leadership, good and bad. The contributors to the volume try to answer the following questions: how do intelligence leaders operate in different national, institutional and historical contexts? What role have they played in the conduct of international relations? How much power do they possess? What qualities make an effective intelligence leader? How secretive and accountable to the public have they been? This book goes beyond the commonly studied spy chiefs of the United States and Britain to examine leaders from Renaissance Venice to twentieth century Russia, Germany, India, Egypt, and Lebanon. The profiles in this book range from some of the most notorious figures in modern history, such as Feliks Dzerzhinsky and Erich Mielke, to spy chiefs in democratic West Germany and India.

Paul Maddrell is a lecturer in Modern German History at Loughborough University.Christopher Moran is associate professor of US national security at the University of Warwick. Ioanna Iordanou is a senior lecturer specializing in organizational and business history at the Oxford Brookes University School of Business. Mark Stout is program director of the MA in Global Security Studies Program at Johns Hopkins University and the former historian of the International Spy Museum.