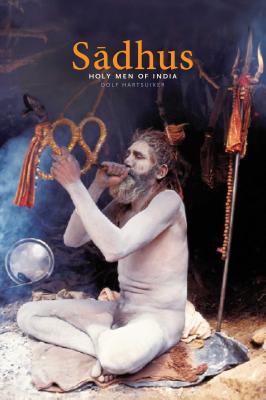 • Includes more than 100 striking color photographs of Sadhus, their extreme austerities, and their holy festivals, including the Kumbha Mela

• Examines the practices and beliefs of Sadhus from several different sects

Spiritual adventurers, philosophical monks, naked ascetics, or religious transvestites, the Sadhus of India form a vital and unbroken link between the birth of yoga millennia ago and its present-day expression. Numbering in the millions, these mystic holy men are worshipped by the Hindus as representatives of the gods, yet they remain largely unknown in the West because they often live in far-off places, hidden from everyday life.

In this full-color study of Sadhus more than 20 years in the making, photographer Dolf Hartsuiker illustrates the Sadhus’ world of ancient magical rituals, religious symbols, and ascetic practices. In his photographic quest across India, the author visited many holy places, attended religious festivals including the Kumbha Mela, and encountered and photographed thousands of Sadhus, befriending several as he was drawn into their inner circle. Sharing more than 100 striking color photographs from his travels, he reveals the Sadhus’ utmost devotion to their spiritual path through meditation practices, yoga exercises, penance, and austerities--sometimes taken to the extreme of prolonged self-imposed silence, bodily mortification, such as holding an arm above the head for years, or even ritual suicide--as well as their profound involvement with the mundane world as healers and teachers or magicians and sorcerers. It is a path of knowledge and devotion, renunciation and realization, sexual energy and spiritual power, divine intoxication and mystical union.

The author examines the different beliefs and behaviors of each Sadhu sect, including the “sky-clad” Naga Babas, and traces their historical and mythological roots to show how they have fundamentally shaped Hinduism since antiquity. Revealing the powerful “otherworldliness” of the Sadhus, the author also exposes the mystical beauty that emanates from those who have chosen the path of asceticism in pursuit of knowledge of the Absolute and liberation from all earthly bonds.

Psychologist, artist, and traveler, Dolf Hartsuiker holds a doctorate in psychology from the University of Utrecht. He divides his time between Utrecht, Holland, and India.

“A masterful presentation of a complex but fascinating subject. . . . Highly recommended.”
— Library Journal