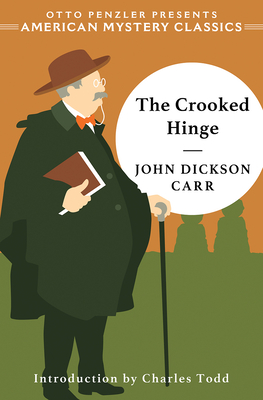 An inheritance hangs in the balance in a case of stolen identities, imposters, and murder

Banished from the idyllic English countryside he once called home and en route to live with his cousin in America, Sir John Farnleigh, black sheep of the wealthy Farnleigh clan, nearly perished in the sinking of the Titanic. Though he survived the catastrophe, his ties with his family did not, and he never returned to England—not even for the funerals of his mother, his father, or, most recently, his older brother Dudley. Now, nearly 25 years since he was first sent away, Sir John has finally returned home to claim his inheritance. But another “Sir John” soon follows, an unexpected man who insists he has absolute proof of his identity and of his claim to the estate. Before the case can be settled, however, one of the two men is murdered, and Dr. Gideon Fell, who happens to be passing through the village, finds himself facing one of the most challenging cases of his career. To solve it, he’ll have to confront a series of bizarre and chilling phenomena, diving deep into the realm of the occult and brushing up against witchcraft, magic, and a sinister automaton to explain a seemingly impossible crime.

Selected by a panel of twelve mystery luminaries as one of the ten best locked-room mysteries of all time, The Crooked Hinge is a creepy and atmospheric puzzle inspired by a real life case. It is the ninth installment in the Dr. Gideon Fell series, which may be read in any order.

John Dickson Carr (1906-1977) was one of the greatest writers of the American Golden Age mystery, and one of the only American authors to be included in England’s legendary Detection Club. Though he was born and died in the United States, Carr began his writing career while living in England, where he remained for nearly twenty years. Under his own name and various pseudonyms, he wrote more than seventy novels and numerous short stories, and is best known today for his locked-room mysteries. His beloved series character, Dr. Gideon Fell, was based on author G. K. Chesterton and appeared in twenty-four novels.

Charles Todd is a mother-and-son writing team behind over thirty co-written best-selling novels. The Todds’ work has received numerous awards, including an Agatha Award for Best Historical Novel, a Barry Award, and, most recently, the Mary Higgins Clark Award, and has been nominated for several more accolades. While most of their fiction is set in England, informed by extensive travel through the English countryside, the authors are both located on the east coast of the United States.

He can produce an icy shudder in a heatwave.
— The Times (London)

This is an all-time classic by an author scrupulous about playing fair with his readers. Golden age fans won’t want to miss it.
— Publishers Weekly (Starred Review)