A Winter's Promise: Book One of the Mirror Visitor Quartet (Paperback) 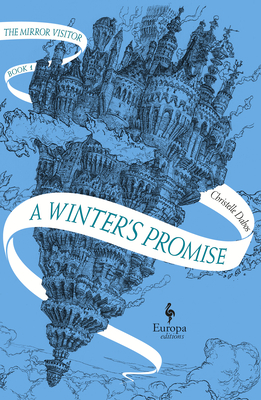 Ophelia is an archivist, a reader of objects, and can travel through mirrors. She is perfectly content to stay ensconced on her home work running her museum and working with her uncle in the family archives, but she is suddenly forced into an arranged marriage with a mystery suitor from another clan. Taken from her own life on Anima (her home ark), she is taken to a new ark where nobody can be trusted, not even her new fiance's family. This is a book that you expect will go in one way, and manages to continually surprise at every turn. The world created by Christelle Dabos is at once fascinating and rotten, and the characters are never who they seem. I love Ophelia's voice, and I can't wait to learn more about the fascinating world that Dabos created and continues to expand.

— From Alissa's YA Picks

One of Entertainment Weekly's 10 Best YA Books of 2018

One of Publishers Weekly's Best YA Book of the Year

Lose yourself in the fantastic world of the arks and in the company of unforgettable characters in this French runaway hit, Christelle Dabos' The Mirror Visitor quartet.

Plain-spoken, headstrong Ophelia cares little about appearances. Her ability to read the past of objects is unmatched in all of Anima and, what's more, she possesses the ability to travel through mirrors, a skill passed down to her from previous generations. Her idyllic life is disrupted, however, when she is promised in marriage to Thorn, a taciturn and influential member of a distant clan. Ophelia must leave all she knows behind and follow her fianc to Citaceleste, the capital of a cold, icy ark known as the Pole, where danger lurks around every corner and nobody can be trusted. There, in the presence of her inscrutable future husband, Ophelia slowly realizes that she is a pawn in a political game that will have far-reaching ramifications not only for her but for her entire world.

The World of the Arks

Long ago, following a cataclysm called the Rupture, the world was shattered into many floating celestial islands, now known as arks. Over each, the spirit of an omnipotent and immortal ancestor abides. The inhabitants of these arks each possess a unique power. Ophelia, with her ability to read the pasts of objects, must navigate this fantastic, disjointed, perilous world using her trademark tenacity and quiet strength.

I think we could have all lived happily, in a way, God, me and the others, if it weren't for that accursed book. It disgusted me. I knew what bound me to it in the most sickening of ways, but the horror of that particular knowledge came later, much later. I didn't understand straight away, I was too ignorant.