The Last Kings of Norse America: Runestone Keys to a Lost Empire (Hardcover) 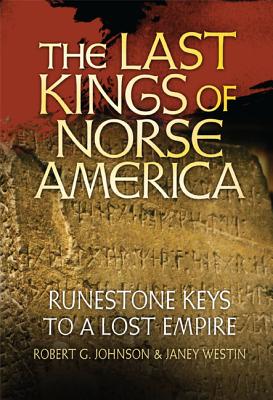 By Robert G. Johnson, Janey Westin
Not Available from Us

These are the first words in a rigorous translation of the 1362 memorial poem inscribed on the Spirit Pond runestone, found on the coast of Maine in 1971. This translation climaxed a decade of histor ical investigations by authors Johnson and Westin in which they address a 450 year-gap in North American history between the 1492 voyage of Columbus and the Vinland voyages of Leif Eriksson and Thorfinn Karlsefni shortly after 1000 ad. After the Vinland voyages the Greenlanders developed a lucrative trade in North American furs, marketed in Norway and taxed by the king. But after 1300 a cooling climate caused the Green land merchants to migrate to North America and the trade died. To regain the trade and expand his empire, in 1356 King Magnus of Norway and Sweden sent his son, young King Haakon VI, on an expedition to North America with Commander Paul Knutson.