The Lost City of the Exodus: The Archaeological Evidence behind the Journey Out of Egypt (Paperback) 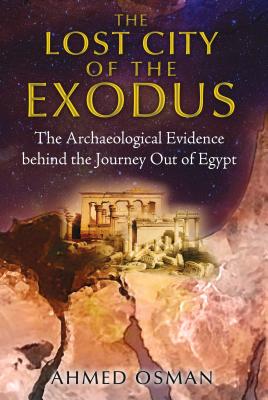 By Ahmed Osman
Not Available from Us

• Explains why modern scholars have been unable to find the city of the Exodus: they are looking in the wrong historical period and thus the wrong region of Egypt

• Details the author’s extensive research on Hebrew scriptures and ancient Egyptian texts and records, which allowed him to pinpoint the Exodus site

• Reveals his effort to have his finding confirmed by the Egyptian government, including his debates with Zahi Hawass, Egyptian Minister for Antiquities Affairs

When the first archaeologists visited Egypt in the late 1800s, they arrived in the eastern Nile Delta to verify the events described in the biblical Book of Exodus. Several locations believed to be the city of the Exodus were found but all were later rejected for lack of evidence. This led many scholars to dismiss the Exodus narrative merely as a myth that borrowed from accounts of the Hyksos expulsion from Egypt. But as Ahmed Osman shows, the events of Exodus have a historical basis and the ruins of the ancient city of Zarw, where the Road to Canaan began, have been found.

Drawing on decades of research as well as recent archaeological findings in Egypt, Ahmed Osman reveals the exact location of the lost city of the Exodus as well as his 25-year effort to have this finding confirmed by the Egyptian government, including his heated debates with Zahi Hawass, former Egyptian Minister for Antiquities Affairs. He explains why modern scholars have been unable to find the city of the Exodus: they are looking in the wrong historical period and thus the wrong region of Egypt. He details his extensive research on the Pentateuch of the Hebrew scriptures, the historical scenes recorded in the great hall of Karnak, and other ancient source texts, which allowed him to pinpoint the Exodus site after he discovered that the Exodus happened not during the pharaonic reign of Ramses II but during that of his grandfather Ramses I.

Osman concluded that the biblical city of the Exodus was to be found at Tell Heboua at the ruins of the fortified city of Zarw, the royal city of Ramses I--far from the Exodus locations theorized by previous archaeologists and scholars. In 2012, after 20 years of archaeological work, the location of Zarw was confirmed by Egyptian officials exactly where Osman said it would be 25 years ago. Thus, Osman shows that, time and again, if we take the creators of the source texts at their word, they will prove to be right.

Ahmed Osman was born in Cairo in 1934 and is the author of The Hebrew Pharaohs of Egypt, Moses and Akhenaten, and Jesus in the House of the Pharaohs. He lives in England.

“Ahmed Osman has done it again! Combining meticulous research with a sharp mind, Osman’s The Lost City of the Exodus reads like an Agatha Christie whodunit and a Dan Brown thriller rolled into one! This literary gem of a book provides the long-awaited smoking-gun evidence and hard-to-refute arguments that show where, how, and when the biblical Exodus took place. A brilliant tour-de-force!”
— Robert Bauval, author of The Vatican Heresy, Black Genesis, and The Orion Mystery