Teachings of the Hindu Mystics (Paperback) 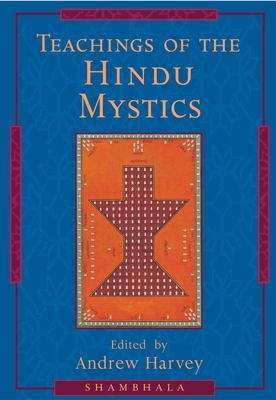 By Andrew Harvey
Not Available from Us

This anthology collects the most lyrical, passionate, illuminating writings of the Hindu mystical tradition. Andrew Harvey, the popular spiritual scholar and writer, has selected excerpts from ancient and contemporary sources, including extracts from the Bhagavad Gita, the Upanishads, and other classical Hindu texts; the words of such venerable spiritual teachers as Ramakrishna and Ramana Maharshi; and the devotional poetry of Mirabai, Ramprasad, and many others. The scope of this anthology makes it a marvelous introduction to Hindu mystical literature, while the power and beauty of the language will inspire those already familiar with the genre.

Andrew Harvey is the author of Son of Man: The Mystical Path to Christ and more than thirty other books. He has also published several other collections of Rumi, including The Way of Passion.

"Considering the importance and ubiquity of the mystical element within Hinduism, Harvey has done a fine job assembling a judicious collection."— Publishers Weekly

"The scope of this anthology makes it a marvelous introduction to Hindu mystical traditions, while the power and the beauty of the language will inspire those already familiar with Hinduism and its literature."— Earth Star

"Both learned and prophetic in its stance."— Library Journal