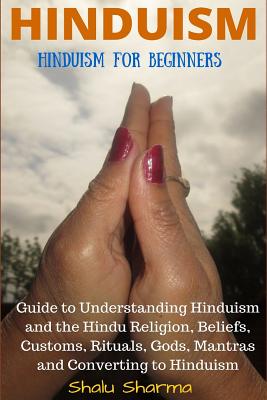 By Shalu Sharma
Not Available from Us

Do you want to learn about Hinduism without getting confused? If you are considering reading up on Hinduism or even planning on converting to Hinduism then this book is for you. This book has everything you want to learn about the Hindu religion Hinduism is a fascinating religion to learn about. Even if you are not Hindu and have no interest in being a Hindu, you can still take it upon yourself to learn about the faith and understand why it is important to so many people around the world. Perhaps you will find that you share many of the beliefs that come out of the religion, or perhaps you won't. But at least you will have a new outlook on Hinduism by advancing your knowledge in its teachings and the way it guides so many people's lives in this world. To have that kind of knowledge can be a very powerful thing. This book will help you gain that knowledge by exploring the most important aspects of Hinduism and the main goals Hindus have in their lives. You will find out much more when you read this fact filled book about the Hindu religion. After you are done reading, you will walk away with a better understanding about a religion that most of the Western hemisphere knows little about. What you will learn from this book: -Introduction to Hinduism
-Important Beliefs in Hinduism
-Important Hindu Customs and Rituals
-Introduction to Gods and Goddesses in Hinduism
-Bhagavad Gita
-Hindu Festivals
-Hinduism and Buddhism - Differences and Similarities
-Conversion to Hinduism
-What to do in a Hindu Temple
-Pilgrimage to Varanasi
-Hindu Mantras