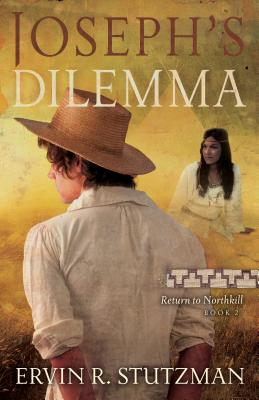 This is book number 2 in the Return to Northkill series.

Book 2 of the Return to Northkill trilogy.

Unwilling captive or adopted son? Amish teen Joseph Hochstetler is taken into captivity by Native Americans during the French and Indian War. Initially he resists the Indians' attempts to help him adapt to their ways--their food, games, and relaxed pace of life.

In this story of forbidden love, Joseph finds himself pressed between his unfolding romance with a young Indian woman and the tug of his heritage. His eyes newly opened to the wrongs committed by the white settlers, Joseph determines never to go back to his Amish community.

But the encroaching British army soon forces the Indians to give up their captives under threat of death. Based on actual events, Joseph's Dilemma traces the wrenching dilemma of a young man caught between his Amish past, his love for a woman, and an unknown future.