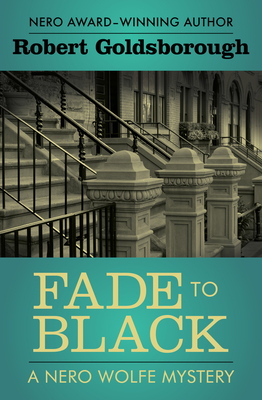 This is book number 5 in the Nero Wolfe Mysteries series.

A soda war explodes into murder for Nero Wolfe, "one of the two or three most beloved detectives in fiction" (Publishers Weekly).
For the men of Madison Avenue, the battle between soft-drink giants Cherr-o-key and AmeriCherry seems heaven sent. For years now, the firm of Mills/Lake/Ryman has fought to help Cherr-o-key become the nation's favorite fizzy cherry soda, but each time they come up with a new slogan, mascot, or jingle, AmeriCherry somehow beats them to it. There's a mole inside the agency, and only Nero Wolfe can ferret him out. Although he's as round as a cherry himself, Wolfe has no taste for soft drinks. But the question of industrial espionage is too sweet for him to resist, and so with assistant Archie Goodwin at his side, he sets out to end this vicious corporate feud. Only when the first adman dies does he realize that a marketing war can be just as dangerous as the real thing.

Robert Goldsborough (b. 1937) is an American author best known for continuing Rex Stout's famous Nero Wolfe series. Born in Chicago, he attended Northwestern University and upon graduation went to work for the Associated Press, beginning a lifelong career in journalism that would include long periods at the Chicago Tribune and Advertising Age. While at the Tribune, Goldsborough began writing mysteries in the voice of Rex Stout, the creator of iconic sleuths Nero Wolfe and Archie Goodwin. Goldsborough's first novel starring Wolfe, Murder in E Minor (1986), was met with acclaim from both critics and devoted fans, winning a Nero Award from the Wolfe Pack. Nine more Wolfe mysteries followed, including Death on Deadline (1987) and Fade to Black (1990). Stop the Presses! (2016) is his most recent novel.​