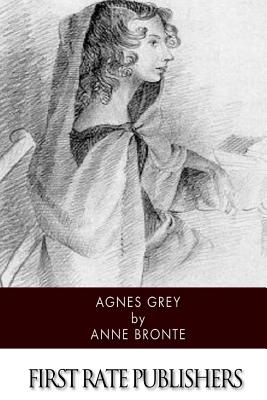 Anne Bronte (1820-1849) was an English novelist and poet who didn't live long enough to give the world all she could have, but she did write Agnes Grey, which is now generally considered a classic in English and Western literature. Bronte and her sisters attempted to write several different novels and stories, eventually publishing a volume of poems under male pseudonyms entitled Poems by Currer, Ellis, and Acton Bell. Most of the poetry was Emily's, but it didn't get popular reviews, leading the sisters to begin novels. Of all the sisters' works, it is Emily's Wuthering Heights that has aged the best over time, continuing to retain its place as a classic of English literature. Anne's Agnes Grey was written as a Volume III to be packaged with Wuthering Heights and was finished within a year of Emily's novel. Anne is somewhat overshadowed today by her more famous sisters, Charlotte, who wrote Jane Eyre; and Emily with Wuthering Heights. But Anne was a great writer in her own right, and she wrote in a sharper, more realistic style than her two sisters, who focused on romantic prose. Agnes Grey is centered around the title character as she works for several well to do families. Agnes Grey, not surprisingly, is largely based on Anne own experiences as a governess for five years. The novel, now considered a classic, addresses the precarious position of governess in 19th century England, and how it affected young women. Agnes Grey deals with issues of oppression and abuse, allowing Anne to poignantly write about isolation and empathy.