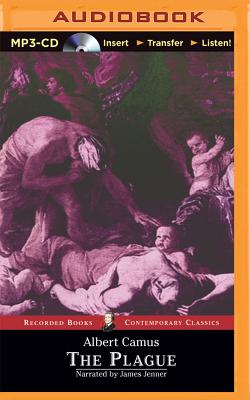 By Albert Camus, James Jenner (Read by)
Email or call for price.
Not Available from Us

A book for our times in more ways than one, The Plague is ostensibly about an outbreak of plague in North Africa. However, Camus’ masterpiece is also a metaphor of the spread of fascism and its ultimate defeat, against all odds, by bravery, compassion, and the refusal to surrender.

In the small coastal city of Oran, Algeria, rats begin rising up from the filth only to die as bloody heaps in the streets. Shortly after, an outbreak of the bubonic plague erupts and envelops the human population. Albert Camus' The Plague is a brilliant and haunting rendering of human perseverance and futility in the face of a relentless terror born of nature.