Tales of Trains: Where the Journey is the Destination (Paperback) 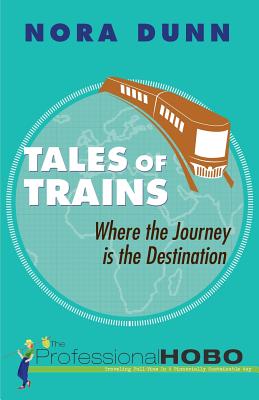 By The Professional Hobo, Nora Dunn
Not Available from Us

42,000 kilometres. 11 countries. 44 days. Traveling by train isn't always about getting to where you're going - at least it hasn't been for Nora Dunn, and the 25 or so countries she has traveled to and through by train. For her, the destination is irrelevant; rather, taking the train IS the destination. That is what this book is all about. Tales of Trains - Where the Journey is the Destination is a narrative about what it's like to do some of the world's most epic long-distance train rides, including the Indian Pacific and The Ghan in Australia, The Trans-Siberian from Moscow to Beijing, the world's fastest train, and a whole host of much (much) slower trains as well. It covers over 42,000 kilometres of train travel through 11 countries, in 44 days (in two concentrated stints over a period of two years). 16,000 of those kilometres were done in Australia - including 11,000kms in 11 days straight....all to see if it was possible to get bored on a train. The following year Nora was invited to do the Ultimate Train Challenge, which involved 25,000kms of train travel between Lisbon and Saigon in 30 days....straight. These are the two main focuses of Tales of Trains - Where the Journey is the Destination. Among other things, you'll read about: - The very slow "Very-Fast" train (and other paradoxical experiences) in Ukraine - Befriending a gaggle of Mary Kay conference attendees in China - Fending off a drunk Russian train conductor on the week-long Trans-Siberian - The million or so inhabitants Nora met in Cook, Australia - The most compelling toothbrush sales pitch ever given on a train (or elsewhere) - Having no money somewhere in Slovakia and almost getting kicked off the train - The glories of Gold Class in Australia, and Nora's sorry attempt at "train-yoga" - Fending off the flu while avoiding Barcelona's tourist traps - Meeting a worldly (and adorable) senior couple living in opposite corners of the world and who only meet up on trains - Arriving in Prague and ending up "naked at night" in the thick of it ...and much, much more. Sit back, recline your seat, and enjoy these Tales of Trains.