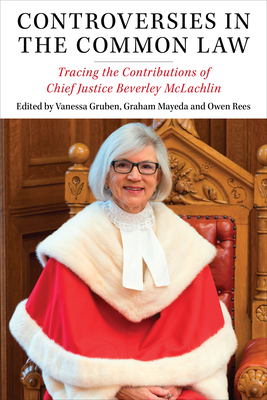 Beverley McLachlin was the first woman to be Chief Justice of the Supreme Court of Canada. Joining the Court while it was establishing its approach to the Canadian Charter of Rights and Freedoms, McLachlin aided the court in weathering the public backlash against controversial decisions during her tenure.

Controversies in the Common Law explores Chief Justice McLachlin's approach to legal reasoning, examines her remarkable contributions in controversial areas of the common law, and highlights the role of judicial philosophy in shaping the law. Chapters in this book span thirty years, and deal with a variety of topics - including tort, unjust enrichment, administrative and criminal law. The contributors show that McLachlin had a philosophical streak that drove her to ensure unity and consistency in the common law, and to prefer incremental change over revolution.

Celebrating the career of an influential jurist, Controversies in the Common Law demonstrates how the common law approach taken by Chief Justice McLachlin has been successful in managing criticism and ensuring the legitimacy of the Court.