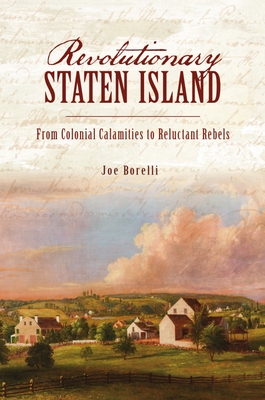 By Joe Borelli
Email or call for price.
Not Available from Us

The shores of Staten Island were one of the first places Giovanni da Verrazzano and Henry Hudson landed in North America, and they became a safe harbor for thousands of refugees fleeing religious conflicts in Europe. As Dutch Staaten Eylandt and then English Richmond County, the island played a vital role in colonial development of the continent and the American Revolution. Rebel raids along the kills and inlets kept British forces and local Tories constantly battling for position, while Hessian and British troops occupied the island longer than any other county during the war. Staten Island's strategic location was used to launch counterstrikes against Washington's forces in New Jersey, while Major General John Sullivan led Continental army troops in defeat at the Battle of Staten Island. Author Joe Borelli reveals the colonial history of Richmond County and its role in the fight for American independence.