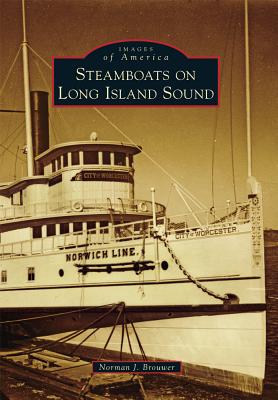 Robert Fulton built the world's first commercially successful steamboat in 1807, but it was not until after the War of 1812 that these vessels entered service along the Long Island Sound. For 127 years, between 1815 and 1942, steamboats provided a link between New York and cities in southern New England, greatly reducing travel time. Steamboats served the Connecticut cities of Stamford, Norwalk, Bridgeport, Derby, New Haven, Hartford, New London, Norwich, and Stonington. They also linked New York to the Rhode Island cities of Newport, Bristol, and Providence as well as the southern Massachusetts cities of Fall River and New Bedford. The rapid expansion of industries in southern New England gave steamboats the additionally important role of transporting raw materials to mills and factories and their finished products to New York. Rivalries between steamboat services led to the construction of faster, larger, and more elegantly furnished boats, resulting in the floating palaces that were some of the largest and most majestic steamboats the world had ever seen.