Virginia in the Civil War (Paperback) 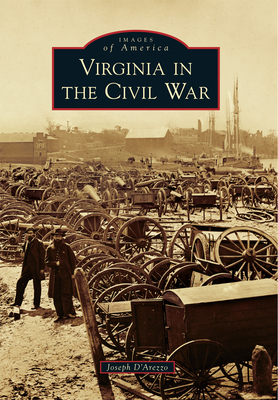 By Joseph D'Arezzo
Email or call for price.
Not Available from Us

No other event in American history has so indelibly shaped the country than the American Civil War. Virginia provided the setting for countless bloody clashes and decisive battles. Average Americans from all over the Union and the Confederacy made their way to the Old Dominion, only to give their lives for the causes they held dear. Virginia captures the essence of the American Civil War, as it was the site of the first, and last, major clash. The state held the capital of the Confederacy while simultaneously bordering Washington, DC. Additionally, Virginia was the site of infamous battles, such as Manassas, Fredericksburg, and Chancellorsville. The commonwealth was also the location of Gen. Robert E. Lee's dramatic capitulation to Gen. Ulysses S. Grant at Appomattox. The American Civil War was one of the first armed conflicts to be heavily documented through photographs. In recent years, the Library of Congress has compiled many of these images, helping to make this journey through history possible.