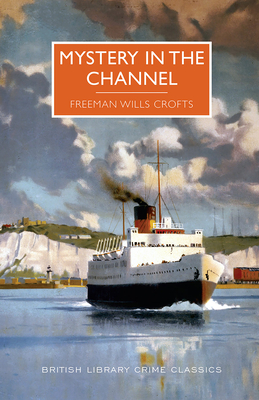 The Chichester is making a routine journey across the English Channel on a pleasant afternoon in June, when the steamer's crew notice something strange. A yacht, bobbing about in the water ahead of them, appears to have been abandoned, and there is a dark red stain on the deck... Two bodies later, with no sign of a gun, there certainly is a mystery in the channel. Inspector French soon discovers a world of high-powered banking, luxury yachts and international double-dealing. British and French coastal towns, harbours - and of course the Channel itself - provide an alluring backdrop to this nautical adventure, along with a cast of shady characters.

FREEMAN WILLS CROFTS (1879-1957) was one of the pre-eminent writers in the golden age of British crime fiction. He was the author of more than thirty detective novels, and was greatly acclaimed by peers such as Agatha Christie and Raymond Chandler.