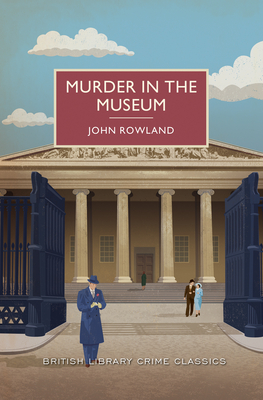 When Professor Julius Arnell breathes his last in the hushed atmosphere of the British Museum Reading Room, it looks like death from natural causes. Who, after all, would have cause to murder a retired academic whose life was devoted to Elizabethan literature? Inspector Shelley's suspicions are aroused when he finds a packet of poisoned sugared almonds in the dead man's pocket; and a motive becomes clearer when he discovers Arnell's connection to a Texan oil millionaire.

Soon another man plunges hundreds of feet into a reservoir on a Yorkshire moor. What can be the connection between two deaths so different, and so widely separated? The mild-mannered museum visitor Henry Fairhurst adds his detective talents to Inspector Shelley's own, and together they set about solving one of the most baffling cases Shelley has ever encountered.

JOHN ROWLAND (1907-1984) was a publisher, journalist, civil servant, and Unitarian minister whose detective novels have long been neglected.