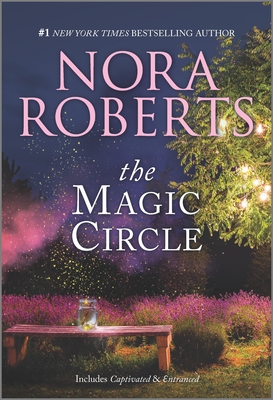 Discover the magical secrets of the Donovan family in these two reader-favorite tales Captivated When filmmaker Nash Kirkland reaches out to real-life witch Morgana Donovan to use her as a research subject for his next film, Morgana humors the skeptical writer. She allows him to make foolish assumptions about magic, but quickly grows tired of his close-minded ideas on the modern witch. Working in Hollywood, Nash assumes magic is only special effects and smoke and mirrors--and he's written enough horror films to know exactly what goes on behind the scenes. But something about Morgana makes Nash want to change. Nash is ready to start believing in magic, but is Morgana ready to open her heart? Entranced As a rule, Sebastian Donovan never likes making his psychic gifts public. But when he receives a desperate call from a young mother looking for her missing baby, Sebastian agrees to help. Having searched for leads for two months, private investigator Mel Sutherland is only slightly offended that Sebastian has been requested to work on the case. Mel doesn't believe in psychics, even if Sebastian's talents have proved helpful in the past. But if she wants to find the missing child, she'll have to swallow her pride and work with Sebastian--no matter how unorthodox his methods are. Soon, the two are forced undercover and into a fake relationship...but pretending to be in love with each other might be the easiest part of this complex case.