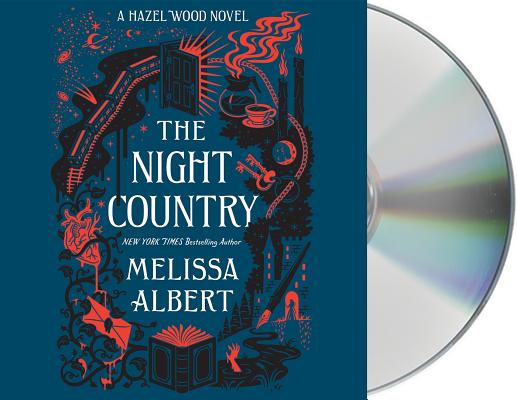 By Melissa Albert, Rebecca Soler (Read by)
$34.99
Not Available from Us

This is book number 2 in the The Hazel Wood series.

"In this sequel to THE HAZEL WOOD, narrator Rebecca Soler returns to breathe life into Alice, who has now escaped from the magical story-fueled world of the Hinterland...Soler's narration brims with Alice's anger and grit, her conflicting emotions spilling into every word." — AudioFile Magazine

"A must-read for fans of portal fantasies, mysteries, and readers who prefer their magic with bloody sharp edges."- Booklist, Starred Review

In The Night Country, Alice Proserpine dives back into a menacing, mesmerizing world of dark fairy tales and hidden doors. Follow her and Ellery Finch as they learn The Hazel Wood was just the beginning, and that worlds die not with a whimper, but a bang.

With Finch’s help, Alice escaped the Hinterland and her reclusive grandmother’s dark legacy. Now she and the rest of the dregs of the fairy tale world have washed up in New York City, where Alice is trying to make a new, unmagical life. But something is stalking the Hinterland’s survivors—and she suspects their deaths may have a darker purpose. Meanwhile, in the winking out world of the Hinterland, Finch seeks his own adventure, and—if he can find it—a way back home...

Praise for The Night Country:

“The Night Country is a new modern classic for thrill seekers young and old. A stunning sequel filled with wondrous delights and daring forays into the dark. Not to be missed!” — Kim Liggett, author of The Grace Year

Melissa Albert is the New York Times and indie bestselling author of the Hazel Wood series (The Hazel Wood, The Night Country, Tales from the Hinterland) and a former bookseller and YA lit blogger. Her work has been translated into more than twenty languages and included in the New York Times list of Notable Children’s Books. She lives in Brooklyn with her family.

Rebecca Soler is a film and voiceover actress who won a 2009 AudioFile Earphones Award for her narration of After by Amy Efaw. Her audiobook credits include work by authors such as Judy Blume, James Patterson and Sarah Dessen. Soler has also narrated the popular young adult series The Lunar Chronicles by Marissa Meyer. Her voice over credits include various video games, like Star Wars: The Old Republic and Red Dead Redemption and television shows such as Pokemon, Yu-Gi-Oh, and Teenage Mutant Ninja Turtles. She lives in New York City.