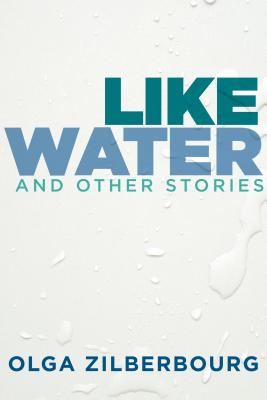 Fiction. California Interest. Short Stories. With settings that range from the Cuban Missile Crisis and Soviet-era Perestroika to present-day San Francisco, LIKE WATER AND OTHER STORIES, the first English-language collection from Leningrad-born author Olga Zilberbourg, looks at family and childrearing in ways both unsettling and tender, and characters who grapple with complicated legacies--of state, parentage, displacement, and identity. LIKE WATER is a unique portrayal of motherhood, of immigration and adaptation, and an inside account of life in the Soviet Union and its dissolution. Zilberbourg's stories investigate how motherhood reshapes the sense of self--and in ways that are often bewildering--against an uncharted landscape of American culture. In Dandelion, a child turns into a novel and is shipped off to an agent in New York. In Doctor Sveta, a young Soviet woman finds herself on a ship bound for Cuba at the onset of the Cuban Missile Crisis. In Companionship, a young boy decides to return to his mother's uterus. Anthony Marra calls LIKE WATER A book of succinct abundance, dazzling in its particulars, expansive in its scope, and of these stories, Karen E. Bender says, they cast a clear, illuminating light on topics ranging from motherhood, the workplace, birth, death, ambition, and immigration, all explored through exquisitely wrought characters in Russia and the United States. Olga Zilberbourg is a writer to read right now.