The Mapping of Love and Death (Compact Disc) 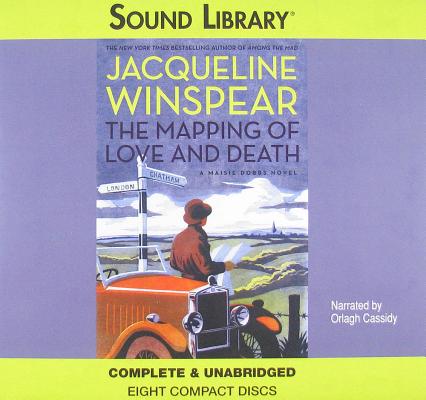 By Jacqueline Winspear, Orlagh Cassidy (Narrated by)
$94.95
Email or call for price.

It's August in 1914 and Michael Clifton, a twenty-three year old Bostonian, is entranced by the beauty of the land he now owns in California's Santa Ynez Valley, certain that oil lies beneath its surface. But within days, war is declared in Europe, and Michael the youngest son of an Englishman puts duty first and sails for his father's native country to enlist as a cartographer. By 1917, he is listed among the missing. April, 1932: London Psychologist and Investigator Maisie Dobbs is retained by Michael's parents, Edward and Martha Clifton, recently arrived from America after learning that their son's remains were discovered in France. They want Maisie to find the unnamed nurse whose love letters were discovered among their son's belongings a quest that takes Maisie back to her own bittersweet, wartime love. Her inquiries, and the discovery that Michael Clifton was murdered in his trench, unleash a web of intrigue and violence that threatens to engulf the soldier's family, surviving comrades, and even Maisie.