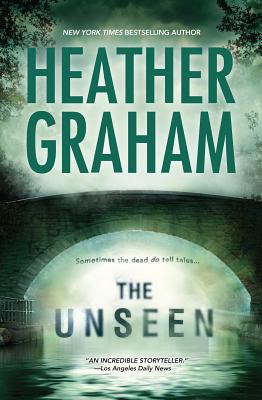 By Heather Graham
Email or call for price.
Not Available from Us

1800s. San Antonio, Texas: In room 207 at the Longhorn Saloon, in the long shadow of the Alamo itself, a woman renowned for her beauty was brutally murdered. Her killer was never found. One year ago: In that same historic room, another woman vanished without a trace. Her blood was everywhere...but her body was never recovered. Now: In the last month, San Antonio has become a dumping ground for battered bodies. All young women, many of them long missing, almost all forgotten. Until now. Texas Ranger Logan Raintree cannot sit by and let his city's most vulnerable citizens be slain. So when he is approached to lead a brand-new group of elite paranormal investigators working the case, he has no choice but to accept the challenge. And with it, his powerful ability to commune with the dead. Among Logan's new team is Kelsey O'Brien, a U.S. marshal known for her razor-sharp intuition and a toughness that belies her delicate exterior. Kelsey has been waiting all her life to work with someone who can understand her ability to "see" the past unfolding in the present. Now she has her chance. Together, Kelsey and Logan follow their instincts to the Alamo and to the newly reopened Longhorn, which once tempted heroes with drink, cards and women. If the spirits of those long-dead Texans are really appearing to the victims before their deaths, only Kelsey and Logan have the skills to find out why. And if something more earthly is menacing the city's oldest, darkest corners, only they can stop it--before more innocent women join the company of San Antonio's restless ghosts....

"New York Times" and "USA Today" bestselling author Heather Graham has written more than a hundred novels. She's a winner of the RWA's Lifetime Achievement Award, and the Thriller Writers' Silver Bullet. She is an active member of International Thriller Writers and Mystery Writers of America. For more information, check out her websites: TheOriginalHeatherGraham.com, eHeatherGraham.com, and HeatherGraham.tv. You can also find Heather on Facebook.

"Graham expertly blends a chilling history of the mansion's former residents with eerie phenomena, once again demonstrating why she stands at the top of the romantic suspense category." --Publisher's Weekly on Phantom Evil, Starred Review

"A fast-paced and suspenseful read that will give readers chills while keeping them guessing until the end."

"If you like mixing a bit of the creepy with a dash of sinister and spine-chilling reading with your romance, be sure to read Heather Graham's latest...Graham does a great job of blending just a bit of paranormal with real, human evil."

"Eerie and atmospheric, this is not late-night reading for the squeamish or sensitive."

"The paranormal elements are integral to the

are likable, the romance convincing, and, in the

depiction of a lost city is especially poignant."

"Graham's rich, balanced thriller sizzles with equal parts suspense, romance and the paranormal-all of it nail-biting."

-Publishers Weekly on The Vision

"Heather Graham will keep you in suspense until the very end."

-Kirkus on The Death Dealer