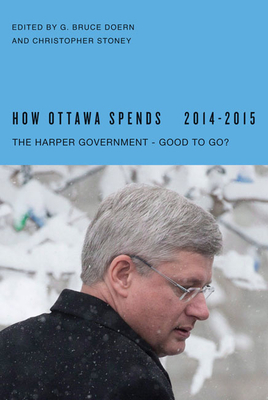 The 2014-15 edition of How Ottawa Spends critically examines national politics and related fiscal, economic, and social priorities and policies, with an emphasis on the now long-running Harper-linked Senate scandal and the serious challenges to Harper's leadership and controlling style of attack politics. Contributors from across Canada examine the Conservative government agenda both in terms of its macroeconomic fiscal policy and electoral success since 2006 and also as it plans for a 2015 electoral victory with the aid of a healthy surplus budgetary war chest. Individual chapters examine several closely linked political, policy, and spending realms including the growing strength and nature of the Justin Trudeau-led Liberal Party challenge, the 2014 Harper Economic Action Plan, the demise of federal environmental policy under Harper’s responsible resource development strategy, the Conservative’s crime and punishment agenda, the growing evidence regarding the federal government’s muzzling of scientists and evidence in federal policy formation, and the now five-year story of the Harper creation, treatment, and role of the Parliamentary Budget Officer.