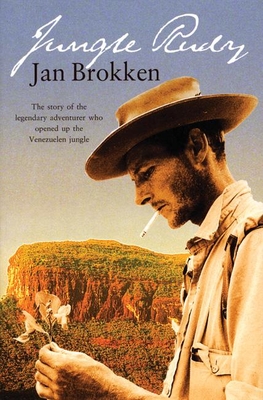 Jungle Rudy moves between biography, history, anthropology and travel. Rudy Truffino was a legendary figure who established a civilization in the heart of the jungle, performed opera, and became one of the natives. When in 1956 he became lost in the rainforest of the Orinocco in Venezuela, the Pemon Indians saved him from death by starvation and he became immersed in their culture. He helped establish a National Park in the area and led many expeditions to the Auyan Tepi. Jan Brokken follows in his footsteps to discover the real Rudy Truffino.

Jan Brokken is one of Holland's most highly regarded writers with a passion for travel. He has published novels as well as travel narratives and literary journalism.

Jan Brokken was born in 1949 in the Netherlands. His home town is Amsterdam. He is one of Holland's most highly regarded writers. He has published novels and short stories as well as travel narratives and literary journalism. His passion for travel influences his fiction and non-fiction alike. He studied at the School of Journalism in Utrecht, the Netherlands, and did Political Science at the University of Bordeaux. A Dutch movie is in preparation: for Jungle Rudy (2004).