Wheel of Fortune: The Battle for Oil and Power in Russia (Hardcover) 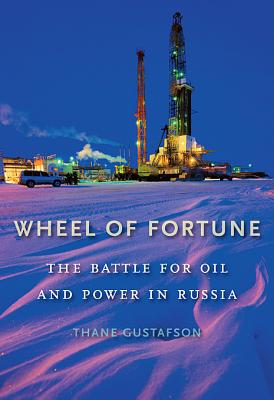 By Thane Gustafson
Email or call for price

The Russian oil industry which vies with Saudi Arabia as the world's largest producer and exporter of oil, providing nearly 12 percent of the global supply is facing mounting problems that could send shock waves through the Russian economy and worldwide. "Wheel of Fortune" provides an authoritative account of this vital industry from the last years of communism to its uncertain future. Tracking the interdependence among Russia's oil industry, politics, and economy, Thane Gustafson shows how the stakes extend beyond international energy security to include the potential threat of a destabilized Russia.

Gustafson, a leading consultant and analyst of the politics of energy in the former Soviet Union, draws on interviews with key players over the course of two decades to provide a detailed history of the oil industry's evolution since the breakup of the Soviet Union. At its center is the complex and fraught relationship between the oil industry and the state, which loosened its grip under Yeltsin only to tighten it again under Putin. As oil becomes harder to find and more expensive to produce and deliver, Gustafson warns, Russia's growing dependence on revenue from oil exports, along with its inefficient and often-corrupt management of the industry, is unsustainable.

A rich but troubled Soviet legacy, the conflicting ambitions of politicians and industry oligarchs, and the excesses of capitalism Russian-style threaten to lead Russia to an impasse. Involving the oil industry in the country's modernization agenda and remaking its relationship to the state, Gustafson argues, is Russia's best path toward a stable economy and a safer world.

Thane Gustafson is Professor of Government at Georgetown University.