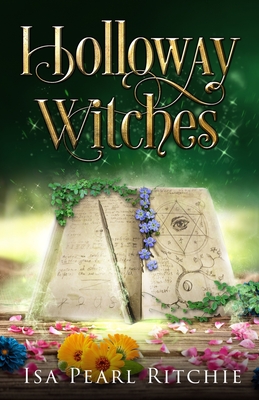 By Isa Pearl Ritchie
Not Available from Us

She's looking forward to a quiet respite in a cozy cottage with a lush garden and lots of bookshelves, but instead she can't shake the eerie feeling she's being followed. The tomato plants are growing back out of season, and she's seeing unusual visions of a purple-haired woman who's a lot more intriguing than Ursula would expect.

Then there's gorgeous Rowan with his quirky house truck; she barely knows him yet, but he seems to know more about the weird things going on than Ursula does and she can't deny she's drawn to him as well...

When a creepy and bewitching stranger appears, Ursula has to learn more about magic, her family history, and herself, if she wants to protect the people who are most important to her.

A cosy witchy story with a dash of polyamorous romance