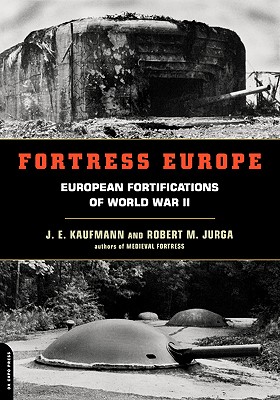 The Maginot Line and the Atlantic Wall are, perhaps, the most famous World War II-era fortification lines in Europe, but in fact, most European countries built fortified defensive lines throughout the first half of the twentieth century. Forts, bunkers, and defensive lines are found throughout the continent, including Central and Eastern Europe.Fortress Europe is the first and only comprehensive treatment of all of Europe's modern fortifications. Country by country, the authors describe in detail all of the fortifications built prior to and during World War II. The fortifications of smaller countries, like Belgium and the Netherlands, which added important segments to larger defensive lines, are covered with the same attention to detail as the more well-known fortifications. Much new information is available here on the defenses in Eastern Europe, as well. The descriptions and technical specifications of Europe's forts are supplemented by scores of remarkable technical drawings by Polish artist Robert M. Jurga.

J.E. Kaufmann is the author of six books on fortifications. He and his wife, H.W. Kaufmann, live in San Antonio, Texas.