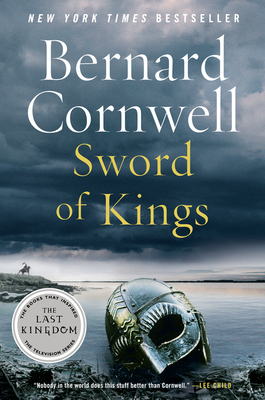 This is book number 12 in the Saxon Tales series.

The twelfth installment of Bernard Cornwell’s New York Times bestselling series chronicling the epic saga of the making of England—"superior entertainment that is both engaging and enlightening” (Washington Post), and  the basis for The Last Kingdom, the hit Netflix series.

It is a time of political turmoil once more in the 10th century as the fading King Edward begins to lose control over his successors and their supporters. There are two potential heirs—possibly more—and doubt over whether the once separate states of Wessex and Mercia will hold together. Despite attempts at pulling him into the political fray, Uhtred of Bebbanburg cares solely about his beloved Northumbria and its continuing independence from southern control.

But an oath is a strong, almost sacred commitment and such a promise had been exchanged between Uhtred and Aethelstan, his onetime companion in arms and now a potential king. Uhtred was tempted to ignore the demands of the oath and stay in his northern fastness, leaving the quarrelling Anglo-Saxons to sort out their own issues.  But an attack on him by a leading supporter of one of the candidates and an unexpected appeal for help from another, drives Uhtred with a small band of warriors south, into the battle for kingship—and England’s fate.

“Nobody does the Saxon period better than Cornwell, and readers will find themselves happily immersed in the muck, mire, and machinations of the Early Middle Ages.”
— Booklist

“One of the great joys of the series is Cornwell’s skill in aging his warrior- hero who now creaks as he fights and is haunted by those he has loved and lost.”
— The Times (UK)

“The master returns with this latest addition to his wonderful Saxon chronicles.”
— Sunday Times Magazine (UK)