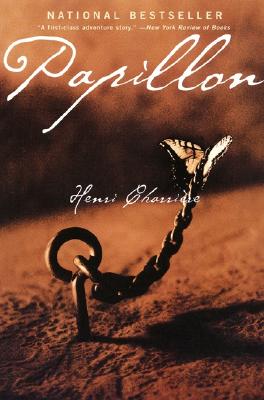 By Henri Charriere
Email or call for price.
Not Available from Us

“A modern classic of courage and excitement.” —The New Yorker • The source for the iconic prison-escape film starring Steve McQueen

Henri Charrière, nicknamed "Papillon," for the butterfly tattoo on his chest, was convicted in Paris in 1931 of a murder he did not commit. Sentenced to life imprisonment in the penal colony of French Guiana, he became obsessed with one goal: escape. After planning and executing a series of treacherous yet failed attempts over many years, he was eventually sent to the notorious prison, Devil's Island, a place from which no one had ever escaped . . . until Papillon. His flight to freedom remains one of the most incredible feats of human cunning, will, and endurance ever undertaken.

Charrière's astonishing autobiography, Papillon, was first published in France to instant acclaim in 1968, more than twenty years after his final escape. Since then, it has become a treasured classic--the gripping, shocking, ultimately uplifting odyssey of an innocent man who would not be defeated.

Born in 1906, and imprisoned in 1931, Henri Charrière finally escaped in 1945 to Venuzuela, where he married, settled in Caracas, and opened a restaurant. He died in 1973.

“[Papillon] is the ultimate hero defying the ultimate system of oppression and succeeding by dint of will, optimism...[and] a sense of honor given only to West Point graduates and Paris thieves.”
— New York Times

“The greatest adventure story of all time.”
— Auguste Le Breton

“A modern classic of courage and excitement.”
— Janet Flanner (Gênet), The New Yorker